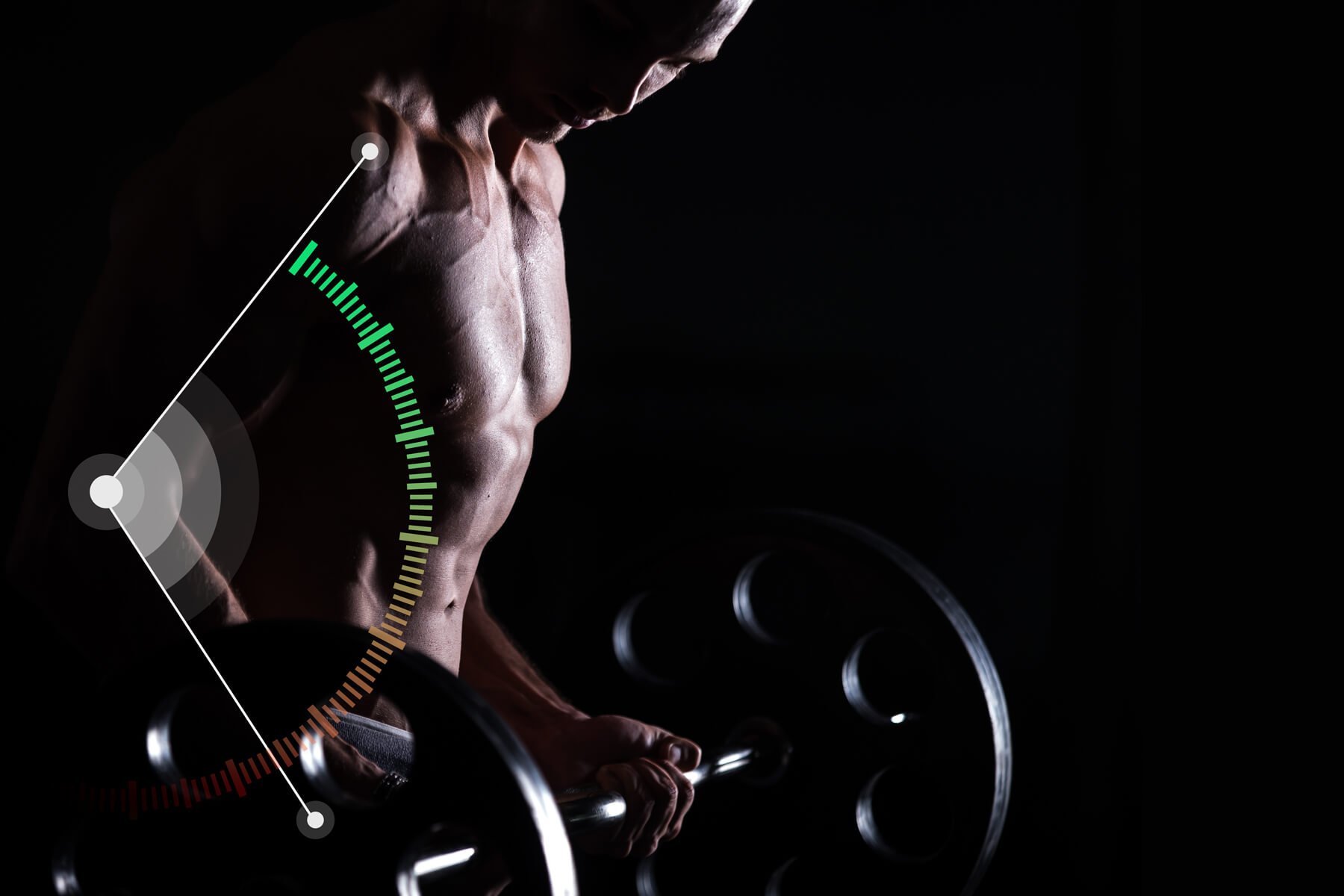 Nowadays, Kinect and ARKit are becoming the major body-tracking technologies for desktop and mobile devices, respectively.

Given the current Coronavirus situation, home fitness applications are on the rise. People are more willing than ever to use the power of Artificial Intelligence and transform their computers into personal trainers! However, the development of an accurate fitness application requires a very particular set of skills: Maths!

When it comes to Motion Analysis, developers need to follow the steps of Pythagoras, the most famous Ancient Greek mathematician of all time. Today, I am going to show you how to measure an angle between two bones in the 3D space!

To run the demos, you need a computer with the following specifications:

To write and execute code, you need to install the following software:

LightBuzz has been helping Fortune-500 companies and innovative startups create amazing Fitness applications. If you need software engineers to develop your next Fitness app, get in touch with us.

The source code of this tutorial is part of the Azure Kinect SDK for Unity3D.

Measuring an angle in the 3D space

Before diving deeper into the Mathematical equations, let me introduce the Kinect coordinate system.

Kinect is a brilliant device. The sensor combines depth and color data to provide us the coordinates of the human joints in the 3D world space. Every joint is represented as a set of coordinates:

Think of the device itself as the reference point (0, 0, 0) of the 3D coordinates. 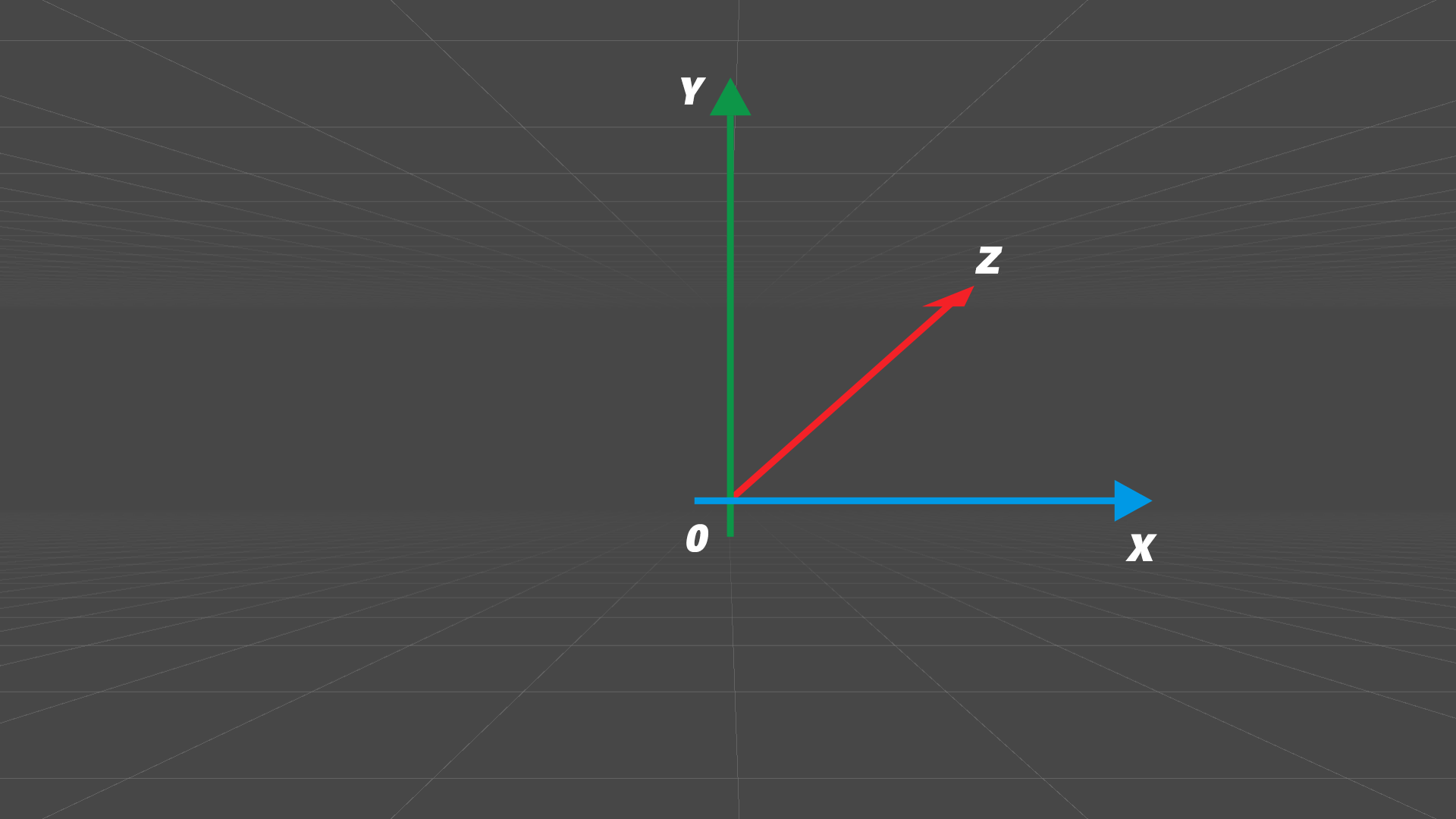 X and Y values may be positive or negative. The Z values are positive only (the camera cannot “see” behind itself, right?).

Kinect is using the Metric system, so the units in the above example are meters. I’m sorry, my fellow American friends.

In the image below, every single joint is positioned in the 3D space. It’s precisely how Kinect perceives the world! 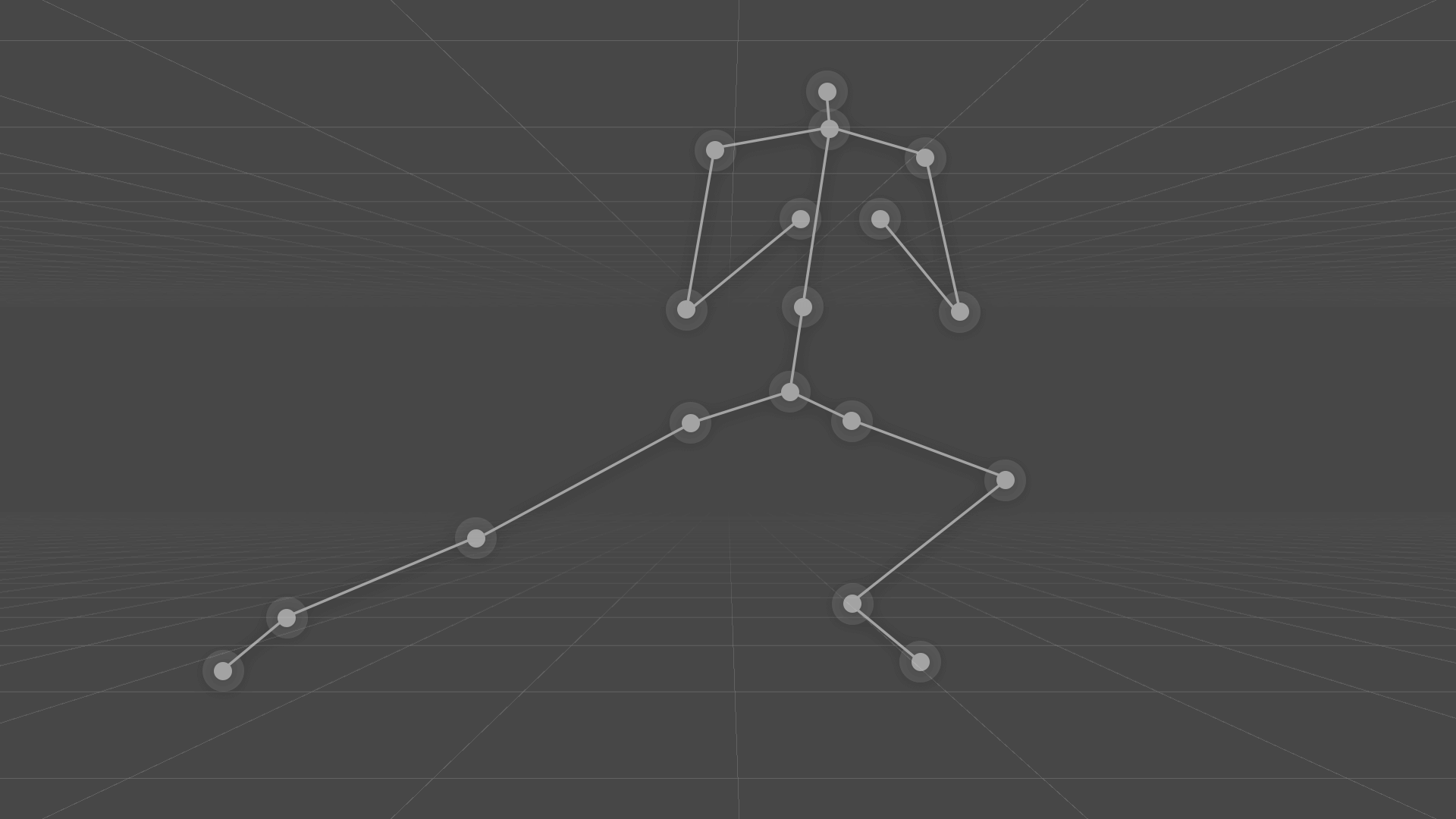 Breaking the problem down, let’s assume we need to find how much the user is bending their knees. We need to measure the angle between the hip, the knee, and the ankle joints. 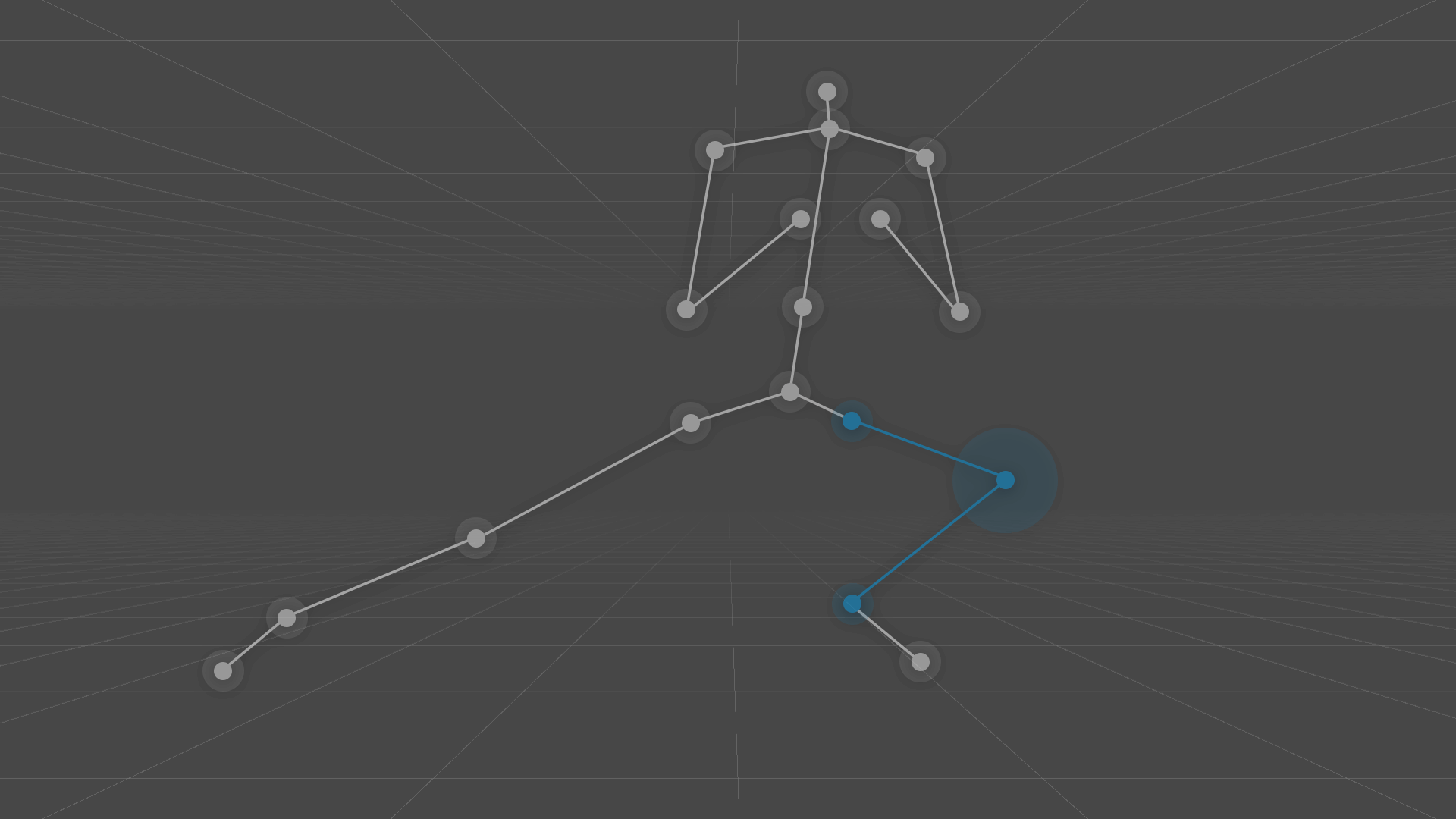 Using the Azure Kinect SDK, we can grab the coordinates of theses joints as follows:

Mathematicians have created an intuitive structure to interpret the physical world (and do stuff such as measuring angles). This structure is called a Vector. Vectors are quantities with size and direction. In our example, we are interested in two particular vectors:

Finding the vector between 2 points in the 3D space is dead easy. All we have to do is deduct the the coordinates of the joints:

We have 2 vectors with It’s now time to measure the angle between them. We know from science that the Angle Formula is the following:

Stay with me for a moment. The formula is pretty straightforward when we break it down.

The angle is given by the inverse cosine of the dot product divided by the multiplication of the lengths.

You can think of the length of a vector as the distance between 2 points (in our case, Hip – Knee and Knee – Ankle). Here are the lengths of the vectors in C# code:

The dot product is the sum of the products of the components of two vectors. Here is the dot product of vector1 and vector2 in C#:

Putting it all together, we can now apply the angle formula in C#:

As you remember from school, angles are measured in radians. To convert radians to degrees, we need to multiply by 180 and divide with Pi (3.14159…).

And there you have it! You can now measure the angle between any points in the 3D space! Pretty amazing how science works, huh? 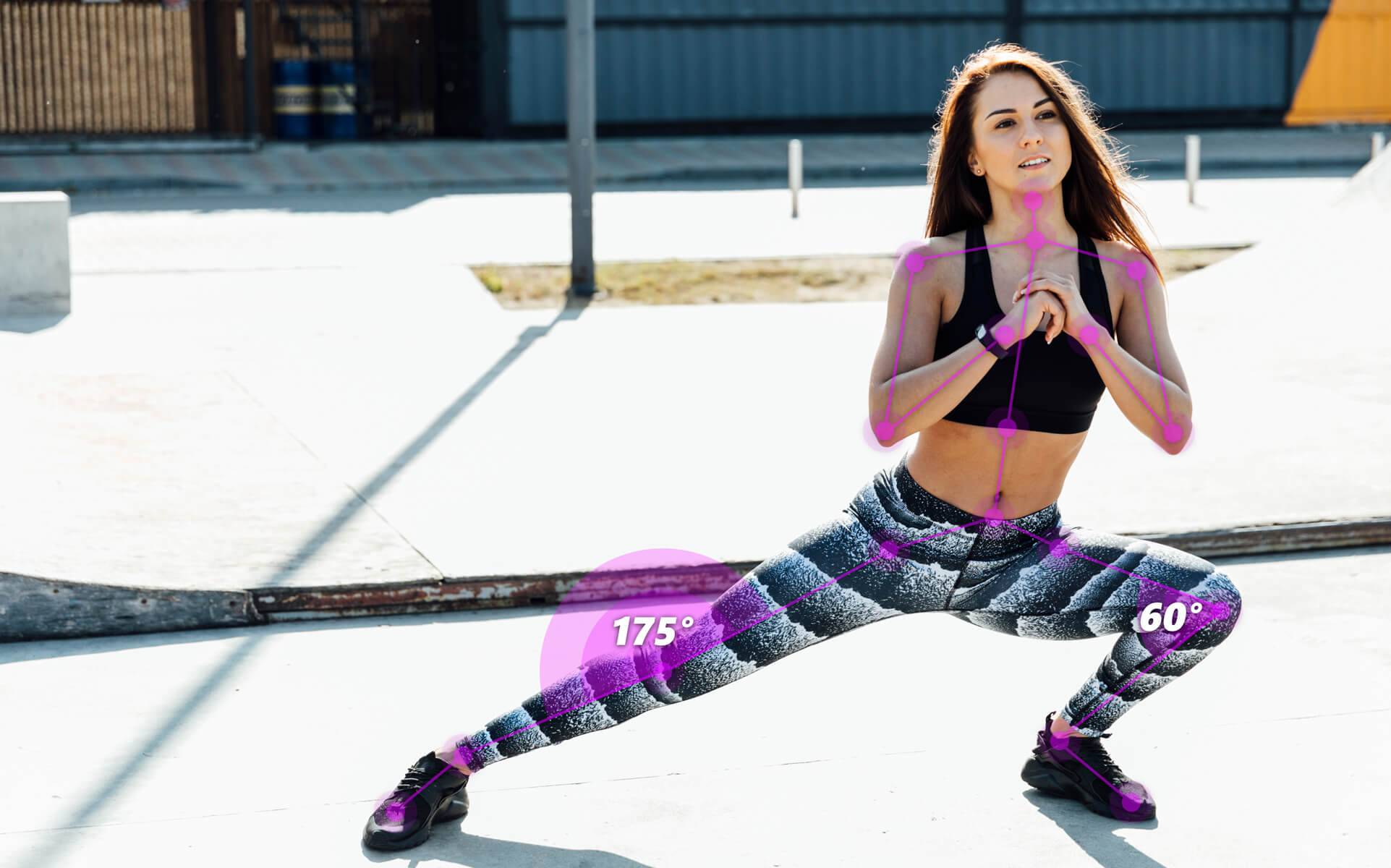 In this tutorial, we explored how to measure the angle formed by 3 points in the 3D space. We got an introduction to Vectors and applied Math concepts in our C# code.

You’ve made it to this point? Awesome! Here is the source code for your convenience. The code also includes these fancy visualizations.

We know Math is hard and Motion Analysis is tricky. So, if you are looking for software developers who can apply Science and help your business grow, get in touch with us.

If you liked this article, remember to share it on social media, so you can help other developers, too! Also, let me know your thoughts in the comments below. ‘Til the next time… keep Kinecting!