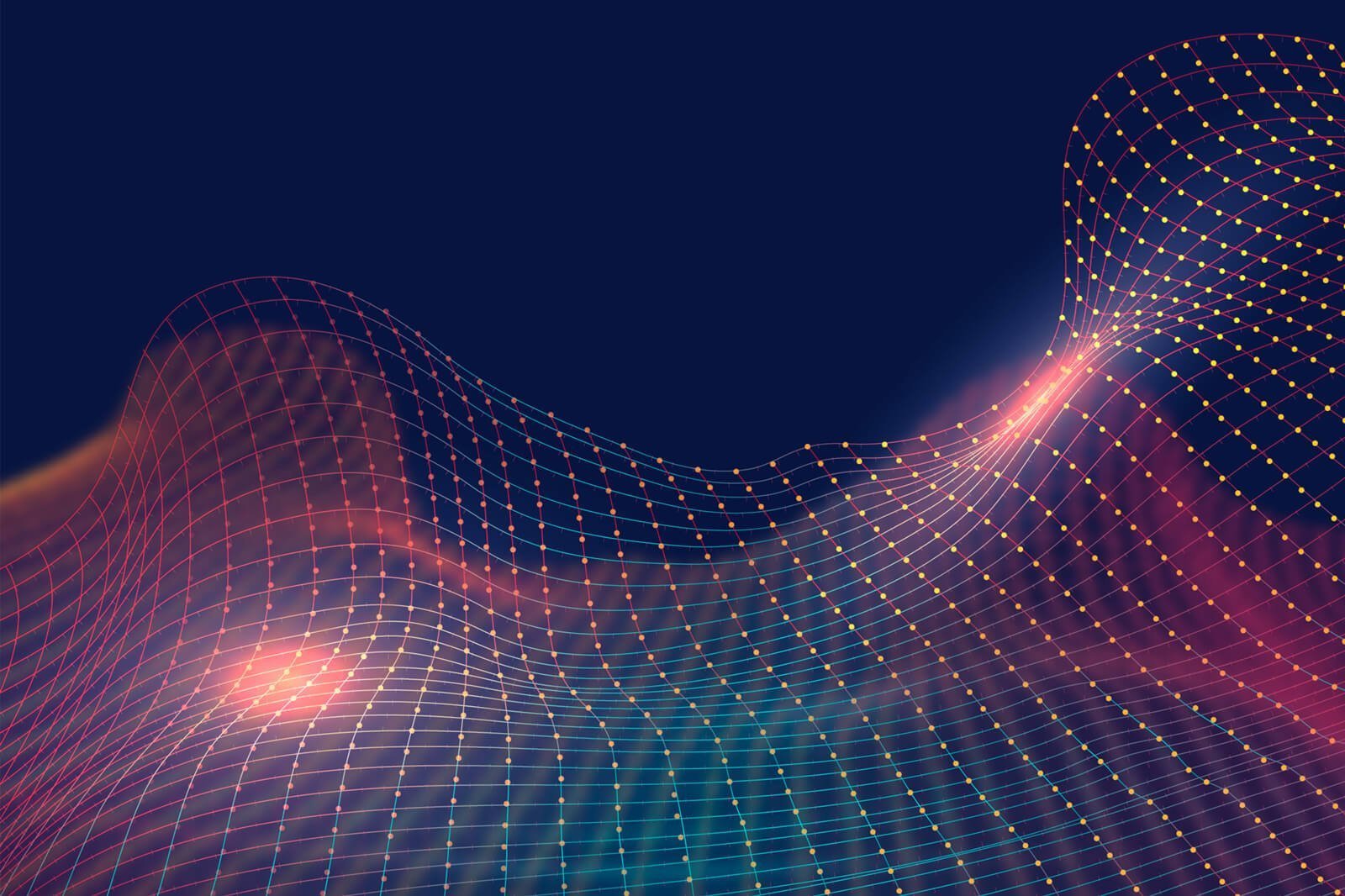 In my previous HoloLens post, we talked about showing a holographic object that retains its position while you keep moving. We also implemented a way to rotate the digital object when looking at it, and interact with it using the Air-Tap gesture. Although this demo by itself is incredible at showcasing the capabilities of Microsoft HoloLens, the device can do much more.

As software developers, we’ll use the Spatial Mapping capabilities of the device to place virtual objects on top of real objects!

The source code of the project is available on GitHub.

What is Microsoft HoloLens

Microsoft HoloLens debuted in 2016 as a cutting-edge Mixed Reality head-mounted display. HoloLens maps the 3D space around you and projects holograms in front of your eyes, allowing you to interact with them in a natural way.

What is Spatial Mapping

Spatial Mapping is the representation of real-world surfaces in 3D. HoloLens 1 is equipped with 4 environment understanding cameras, an RGB camera and a depth camera, thus giving it the ability to understand surfaces in the real world and reconstruct them in 3D.

In order to develop a HoloLens app, the following tools are required.

Got the tools downloaded? Great, we are ready to start!

Setting up the working environment 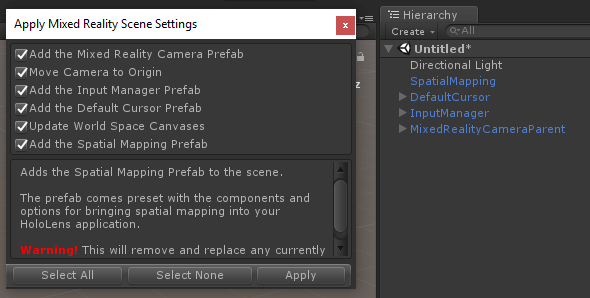 You have now properly set up the scene for the environment understanding!

Placing a hologram on a real-world surface

Up to this point, almost everything is done automatically by the Mixed Reality Toolkit. Let’s type some C# code to position holograms on top of the physical surfaces detected by HoloLens. To start, create a new script named PlacingManager and declare a variable to assign the object you want to place.

This variable will later be assigned the prefab you want to spawn.

Now, you need to extend the class with the IInputClickHandler interface. This interface declares a method that listens to the air-tap gesture. To implement this interface write the following code:

The PlaceObject method will be created later. The OnInputClicked won’t have any collider like the cube in the previous tutorial to listen to this event. You just have to listen to any event dispatched from the FallbackInputHandler of the InputManager, so implement the following methods:

The FallbackInputHandler will call the OnInputClicked in case no other script uses this event. In order to avoid spawning too many objects in the same place, we will use this functionality later on.

For spawning the prefab add this code:

The GetLookAtPosition checks where the camera (or HoloLens) is looking at and saves the position to the hitPoint variable. If there is no surface in front of the camera it returns false.

The PlaceObject method is responsible for 3 tasks:

Finally, the InstantiateObject creates the hologram by passing it the position and rotation it should have. With this, the script is finalized.

Avoiding spawning objects on top of another

Right now you should be able to spawn multiple objects everywhere even in the same place. In order to avoid that, in the prefab you have created, add a simple script to consume the event.

This prevents calling the FallbackInputHandler from invoking this event and spawning another prefab.

Finally, build and deploy the project to the device and check the result.

The source code of the project is available on GitHub.

Want to become an expert in Mixed Reality and Cloud computing? Experts start from the basics:

You have created an app that understands objects of the environment (desks, walls, floors, etc.) and creates a virtual representation of them. If you would like a more realistic approach without the triangles, disable the Draw Visual Meshes option from the Spatial Mapping Manager and share your app with others.

So, what’s your opinion on Microsoft’s HoloLens Spatial Mapping? Is it like you imagined it would be or are there features you would like to see included in the next generation of HoloLens? Use the comment section below to share your thoughts.

LightBuzz has been helping Fortune-500 companies and innovative startups create amazing Mixed Reality products. If you are looking to get your business to the next level, get in touch with us.

Konstantinos is a Unity software developer with over a decade of hands-on experience, currently focusing on Mixed Reality and Motion Technology. He's a passionate advocate of Microsoft HoloLens and is speaking about Mixed Reality development at events and workshops.