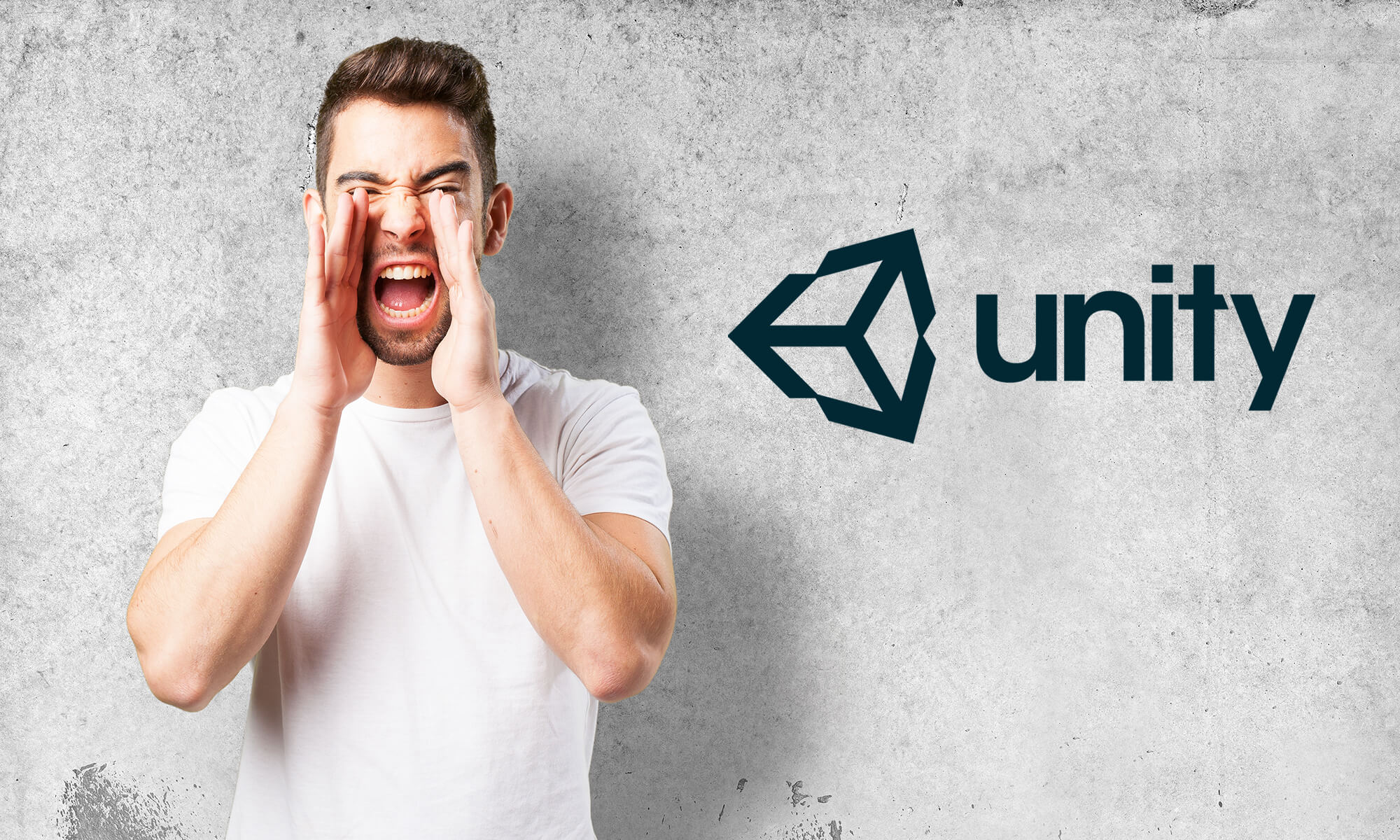 Voice Recognition is one of the hottest trends in the era of Natural User Interfaces. When used wisely, speech recognition is an effective and intuitive means of communication. As Virtual and Augmented Reality emerge, voice recognition is becoming a vital communication method between the human and the computer. Microsoft is now bringing Cortana, the high-tech virtual assistant, to every platform, including PCs, phones, XBOX, and, of course, HoloLens.

Today, I’ll show you how to develop a simple and open-source voice recognition game using C# and Unity3D. Here’s the end result:

To run the project, you’ll need the following software components:

LightBuzz has been helping Fortune-500 companies and innovative startups create amazing Unity3D applications and games. If you are looking to hire developers for your project, get in touch with us.

The source code of the project is available in our LightBuzz GitHub account. Feel free to download, fork, and even extend it!

To demonstrate the speech recognition capabilities, we’ll create a very simple demo. In a nutshell, here’s what we are going to do:

The user will be prompted to move a visual element on the screen. To move the element, she’ll need to say the direction: up, down, left, or right. The app will be listening for voice commands and will change the direction of the object when a voice command is recognized.

Launch Unity, create a new project, and add the following elements inside a Unity Canvas: 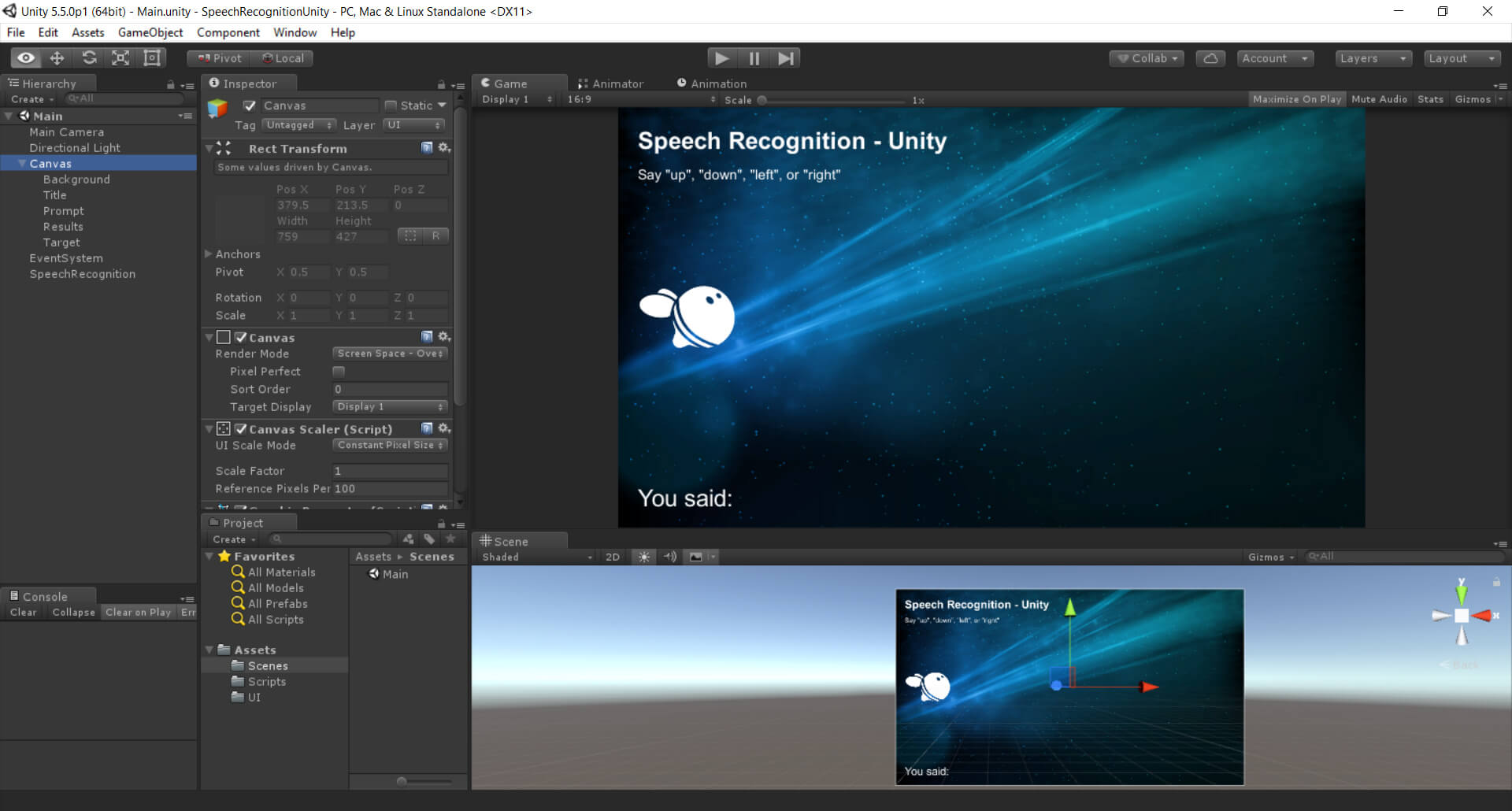 A speech recognition engine works best when you feed it with as few words as possible. Instead of searching the whole spectrum of the English language, we shall limit it to a small range. For our game, we need only four keywords: up, down, left, and right.

We can also specify the confidence level of the speech recognition engine. The confidence level is a value that indicates how ambiguous words should be treated. Use Medium or High for native English speakers, and Low for non-native speakers.

The third variable is the speed of the object.

All of these members are declared public, so you can edit them right into the Unity Editor.

Finally, we declare a variable for the word that was recognized:

Step #3 – Use the Keyword Recognizer

Now, I would like to introduce you to the KeywordRecognizer class. The Keyword Recognizer encapsulates the voice recognition engine.

When the application starts, we initialize an instance of the recognizer by providing the keywords and confidence level to its constructor. Whenever a word is recognized, the OnPhraseRecognized event handler shall be called. To enable voice recognition, you need to call the Start() method:

Remember to call the Stop() method when the application closes:

Here is the OnPhraseRecognized event handler. The PhraseRecognitionEventArgs parameter provides us with the exact text that was recognized:

Since we know the recognized word, we can now move the visual element on our Canvas. All we need to do is change the position of the game object:

This is a tricky one and it can be easily missed. To enable voice commands in your Windows app, you need to add the Microphone capability under the Player Settings. 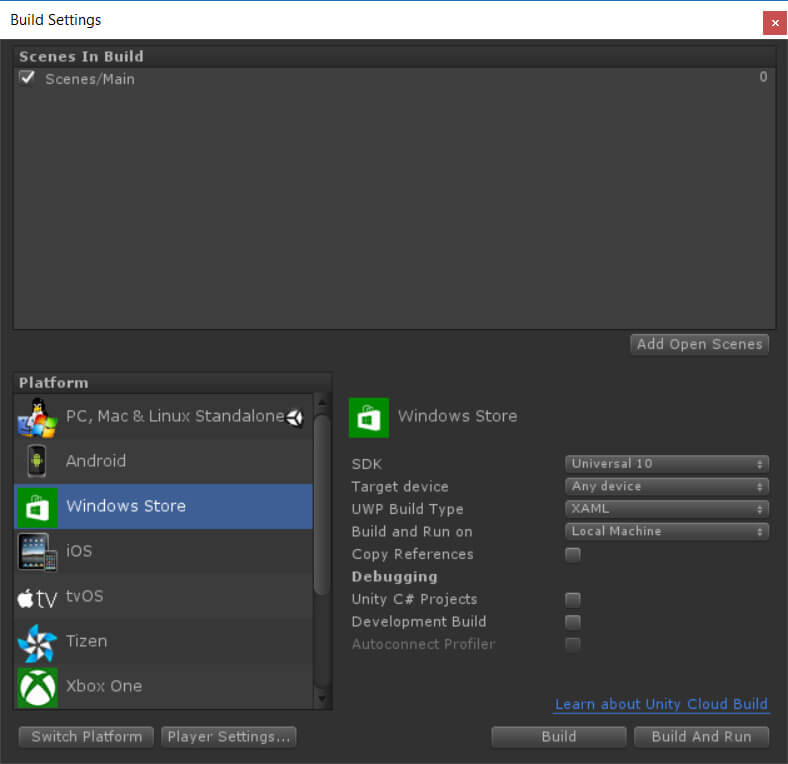 Of course, the API is compatible with Universal Windows Platform, so the exported app can run on:

The app can run offline, too, using Cortana’s speech infrastructure. Unlike Siri, no active Internet connection is required. 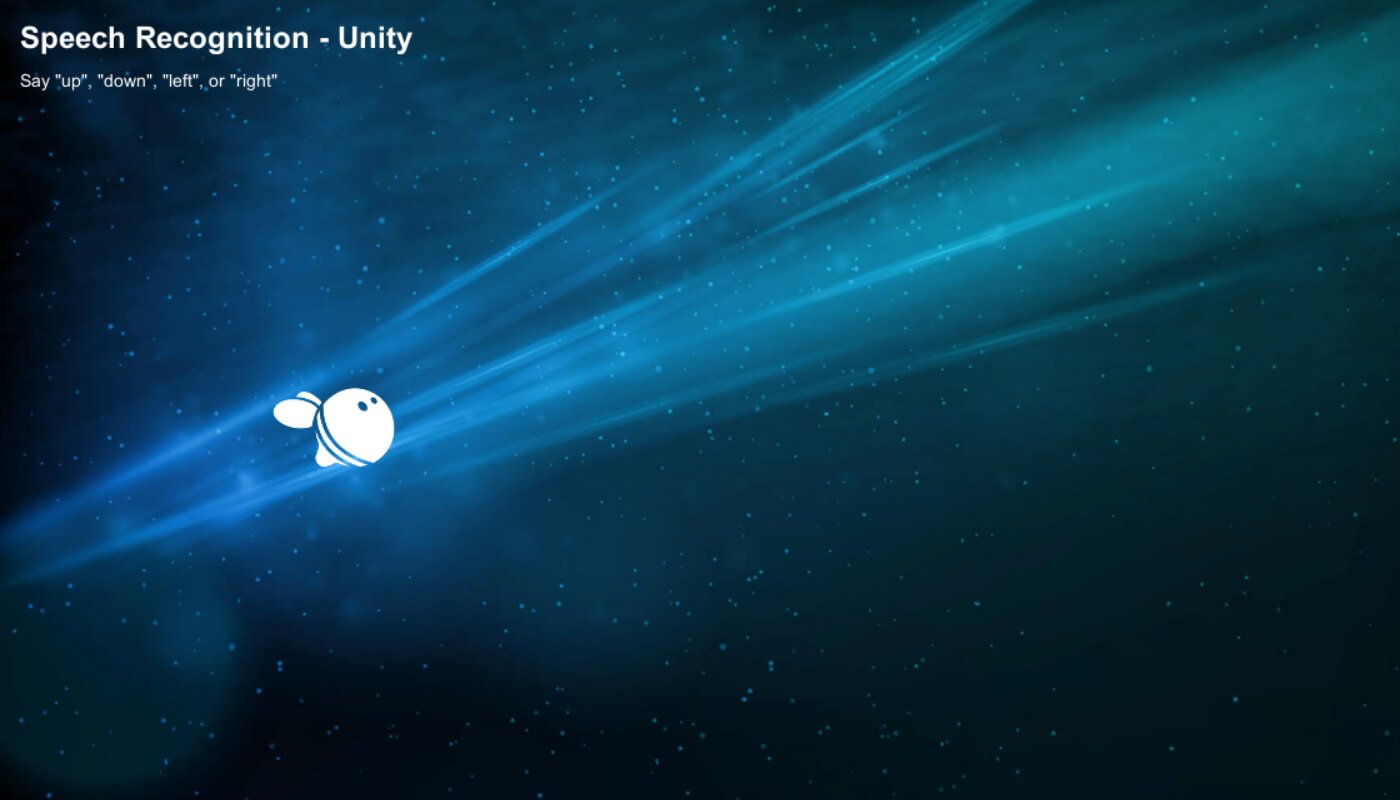 In this tutorial, we learned how to use Unity’s KeywordRecognizer to understand voice commands and integrate them into a Windows application.

You made it to this point? Awesome! Here is the source code for your convenience.

LightBuzz has been helping Fortune-500 companies and innovative startups create amazing Unity3D applications and games. If you are looking to hire developers for your project, get in touch with us.

If you liked this article, remember to share it on social media, so you can help other developers, too! Also, let me know your thoughts in the comments below. ‘Til the next time… keep coding!